September 22, 2022 – Houston police have arrested a suspect charged in assault of a Harris County Sheriff’s Deputy following an incident at 2521 Main Street about 1:10 a.m. Thursday (September 22).

Jamie Rook-Perez, 21, is charged with aggravated assault of a peace officer in the 228th State District Court.  A photo of Rook-Perez is attached to this news release.

A deputy with the Harris County Sheriff’s Office who discharged his weapon was injured and transported to an area hospital.

Two Harris County Sheriff’s Deputies were working an extra job at a nightclub at the above address and were investigating an auto theft in the parking lot when two males, identified as possible suspects, exited the club. Deputies observed one of the suspects attempt to enter a black Dodge Challenger. As deputies tried to detain him, the second suspect, later identified as Rook-Perez, entered an orange Dodge Hellcat SRT and revved the engine.

A deputy attempted to detain Rook-Perez when he tried to flee in the vehicle. He struck the deputy with the vehicle and pinned his leg to another parked vehicle. The pinned deputy discharged his weapon, striking Rook-Perez in the hand. Rook-Perez then tried to flee, striking multiple cars and a gate that surrounded the lot.

Deputies detained Rook-Perez and paramedics transported him to an area hospital, where he was treated and released.  The injured deputy was also transported to the hospital and later released with minor injuries.

The second suspect, described only as an Hispanic male with braids, fled the scene on foot.

As is customary in officer-involved shooting incidents in the Houston city limits, this case is being investigated by the HPD Special Investigations Unit and the Harris County District Attorney’s Office. 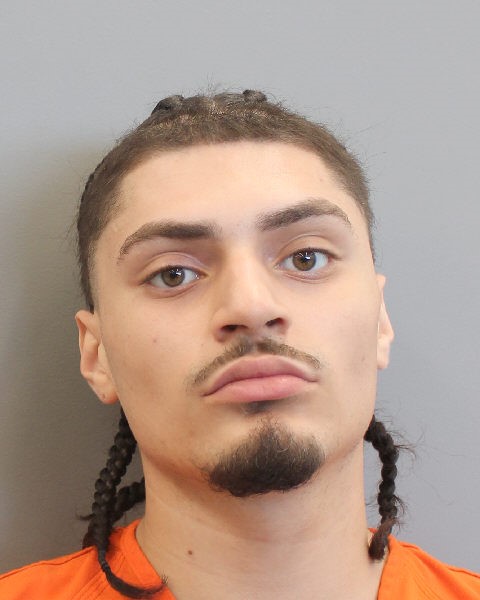 Suspect and a Vehicle of Interest Sought in an Armed Robbery (Gun) Offense: 900 Block of Florida Avenue, Northwest

3 Injured During Shooting at Amusement Park Near Pittsburgh

British pound slides to an all-time low against the...

British pound slides to an all-time low against the...

British pound slides to an all-time low against the dollar. Here’s...

17 dead, 24 wounded in Russia school shooting by gunman with...

Up to 4 people, including Alec Baldwin, might end up facing...