The suspect, Bolanle Fadairo, 38, is charged with two counts of murder and one count of tampering with evidence in the 482nd State District Court. His booking photo is attached to this news release.

The identities of the male victims, 38 and 2, are pending verification by the Harris County Institute of Forensic Sciences.

HPD officers responded to a shooting call in the parking lot of a business at 5501 El Camino Del Rey Street and found a male suffering from multiple gunshot wounds. Paramedics pronounced the victim deceased at the scene.

Investigators learned the victim met Fadairo at the location and the two spoke briefly before he then shot the victim. The victim fled a short distance and collapsed in the parking lot. Fadairo entered the victim’s vehicle, a black Chevrolet Traverse with paper plates, and fled the scene.

About 6:35 p.m., a woman called HPD to report her husband and 2-year-old son missing. She provided her husband’s vehicle information and HPD South Gessner Division officers found the vehicle in the 5900 block of Elm Street about 7:10 p.m. Officers broke the vehicle’s window and found the 2-year-old victim unresponsive inside. Officers and Houston Fire Department paramedics immediately rendered first aid however the child was pronounced deceased at the scene. His cause of death is pending autopsy results.

Further investigation identified Bolanle Fadairo as the suspect in this case. At about 4 a.m. on Wednesday (Sept. 21) members of HPD’s Southwest Crime Suppression Team took Fadairo into custody without further incident in the 5500 block of  El Camino Del Rey Street and he was subsequently charged for his role in the incidents. 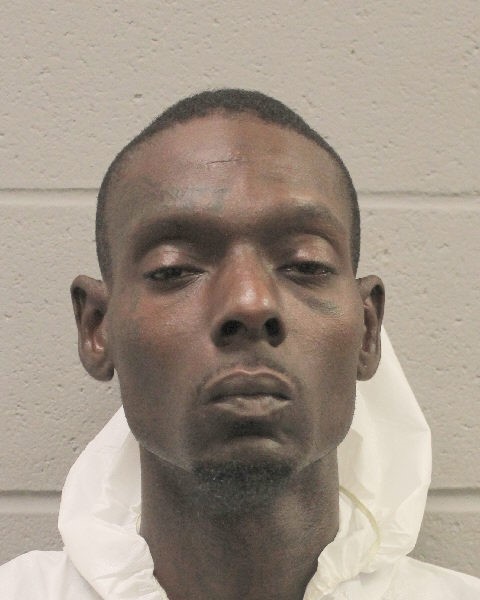 A Message From Sheriff Prummell